Tokmanni chose Falcony to get a better overview of security risks, near misses and other deviations.

Tokmanni, which employs thousands of people in almost 200 physical locations and an online store, is one of Finland's largest retailers. The company recognised that they could improve safety management by replacing traditional paper reports with a modern platform. Previously, findings had to be manually attached to reports sent to the insurance company, which resulted in the company's management receiving necessary information with undue delay. To get a better overview of security risks, near misses and other deviations, Tokmanni chose Falcony. The new solution not only improved transparency on security matters, but also multiplied the few security findings reported in 2019 to the hundreds in 2020.

Founded in 1989, Tokmanni has grown into a market leader by merging several smaller retail chains under a single brand. Tokmanni is Finland's largest discount store chain, with almost 200 stores and about 4,000 employees. The company's turnover in 2020 was EUR 1.073 billion. Tokmanni has been using Falcony’s services since the beginning of 2020.

"In the past, accident data went directly to our insurance company and was not recorded in our own systems. We had to wait for them to send us their conclusions before we could proceed internally accordingly. The insurance company always returned with a delay, making it difficult to make informed safety decisions,” says Sirpa Huuskonen, Vice President Human Resources and Sustainability. Although the information about accidents will continue to be sent to the insurance company, there was a desire to get it immediately for internal use as well.

The method of collecting data was also inefficient, as it excluded some important information from the reporting form. "In order to find out the causes of each accident, I had to separately call the reporter and ask for more information about what happened and how," recalls Erja Vinni, Chief Health and Safety Representative. Data from near miss situations was collected using traditional paper forms. “Each business area of ​​the company had a physical booklet in which near misses were recorded. The booklet was then handed over to the foreman, who in turn recorded the findings into the system. This didn’t work in practice because there were too many pieces of paper everywhere. The initial reporting was somewhat manageable, but transferring the data to Excel for later reporting turned out to be the most difficult part,” Huuskonen recalls.

"We couldn't solve the problem ourselves. At first, we considered copying the reports sent to the insurance company in Excel, but soon recognised problems relating to this. We then became aware that there were safety management solutions in the market that could help us achieve our goals and develop our safety culture as a whole," says Huuskonen, and continues: "The solution proposed by the occupational health service provider turned out to be really heavy and we didn't want to spend excessive time and resources in it. Falcony stood out from the competition because they had really good references from the industry."

As Falcony already had the biggest retail companies in Finland as their customers, Tokmanni was convinced that the platform would also suit their needs. The purchase decision was made at the end of 2019 and Falcony’s both modules, audit and observe, were chosen to be implemented right from the get-go. "We wanted a platform that would have the most functionalities on a single platform. Moreover, it had to be easy-to-use and seamlessly suitable for mobile use as well," says Huuskonen.

As we all know, the beginning of 2020 brought unique challenges globally in the form of COVID-19, but the implementation of Falcony’s audit and observe modules was completed without any delays. "We did not experience any resistance to change, but we had to train staff while covid interrupted regular work. Nevertheless, we were excited to implement the new platform," says Huuskonen. "The accident investigation has now been made much easier. Instead of asking the reporter for more information over the phone, the necessary information can be gathered already at the reporting stage. This has helped us to identify the root causes of the problems much more effectively," Vinni praises, and continues: "Not only are the reports now better in quality, the threshold of reporting is clearly lower as we are now collecting significantly more of them. In 2019 we had seven accident reports, in 2020 we received hundreds. It is clear that this is a huge development."

According to Huuskonen, they have also experienced a significant change in the safety culture: “Now when something surprising happens, the information is reported immediately and is automatically passed on to the right people. This helps us to react quickly, investigate the root causes and draw conclusions from the overall picture that will develop our safety practices further.” She also says that as an organisation, they are now able to combine and make better use of all information, as it is easier to find the things they are looking for: “Falcony enables us to cover a variety of uses and to see everything from a single platform. Although we started the cooperation with a focus on safety, this is not only a system suitable for that, but we have also used it for other everyday tasks.”

The multiples of the reported findings are the result of Tokmanni's conscious choices. “We want deviations, hazards and near misses to be reported whenever they are detected. As we have already seen, emphasising the need for these types of observations makes everyone more involved in safety, which in turn reduces the number of accidents,” says Huuskonen. Heidi Koponen, Director of Occupational Well-being, highlights that it is the everyday usability that has been the key to success: “Falcony is very intuitive and easy-to-use. Besides this, it has been very easy for our administrators to make changes or additions to the contents of the system."

When talking about features, Falcony’s open links receive praise. They enable anyone to report without logging in, which has been ideal as not all employees have the email IDs required to log in to report their findings. At the same time, open links also enable data collection from other stakeholders, such as customers, service providers and other third parties.

“The biggest benefit for us is that we now get all the information in real time. We could not accept that there was a significant delay between deviations being observed and being able to draw conclusions from them, so it has been a pleasure to see that we have got rid of this problem. We now know immediately what and where something is happening, and can conduct corrective and preventive action very quickly. There is always room for improvement, but we are approaching the desired level of safety management,” Huuskonen concludes.

“The biggest benefit for us is that we now get all the information in real time. We know immediately what and where something is happening, and we can make corrective and preventive actions very quickly." 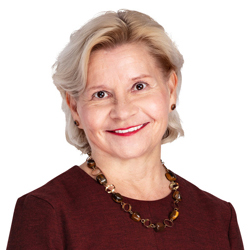