Falcony's platform has made it easier to spot trends and have constructive conversations about learning events in HFP Medical. 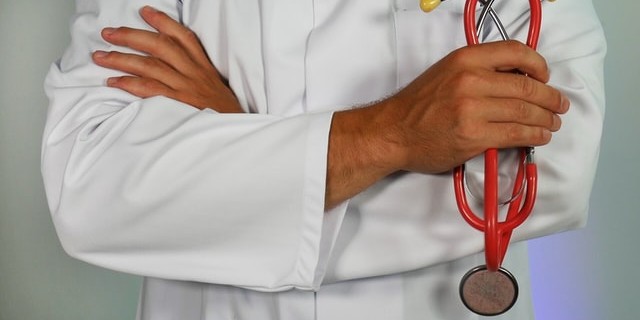 Growing a company through merging several smaller units into one is rarely an easy task. Faced with the challenge of scaling their processes, HFP Medical spent months looking for an optimal solution to their demanding internal communication needs. Learning from incidents and improving processes proved to be challenging when the company is spread out over five locations, and the tools used were MS Word, Excel, and even pen and paper.

“We wanted a process to capture all the learning,” says Chris Adams, Managing Director at HFP Medical, regarding the importance of effective internal communication. “Now with Falcony, I can drive a more structured discussion of what we should do and why,” continues Mr Adams. By adopting Falcony, HFP Medical has been able to facilitate internal communication and share best practises, thus capturing all the learning.

HFP Medical is a partnership between five surgeries in West London, that runs primary care health services. They formed in 2017 when three GP practices merged, and two more surgeries joined one year later. Across their five sites HFP Medical employs approximately 150 staff, of whom 60 are doctors. They care for 68 000 patients and average around 4 000 contacts per week. They are proud to work in the NHS and aim to continually improve on their services to help their patients every day.

CHALLENGES BEFORE ADOPTION OF FALCONY

HFP Medical is one of the rare mid-sized companies in the UK medical landscape. They are significantly larger than most standalone GP surgeries, but smaller than the huge medical centres staffing thousands of employees. As a result of their size, HFP Medical needed to change and standardise many of their processes in order to systematically log incidents and share learnings across locations. “Before Falcony, there tended to be a focus on the big things that could go wrong, so attention was disproportionately given to potentially life-threatening situations, which are quite rare. Big things that have gone massively wrong” explains Mr. Adams and continues. “In focusing on this, we were missing out on the details surrounding small things, where no harm has actually happened, but if we review it and change the underlying process, we make the service better and safer.”

Prior to Falcony, HFP Medical documented incidents using MS Excel, Word or by simply writing them down on a piece of paper and storing it in a physical file. Even before merging five practices together this was barely a passable method of documentation, but now they needed a better, centralised system for incident reporting. “I looked at various systems over a period of 8 months but couldn’t find anything suitable for our needs. Datix is often used by others in the NHS but they are better catered to massive healthcare settings. Smaller GP practices usually get by just writing things down somewhere and hoping to find it later,” explains Mr Adams regarding his search for a system to track incidents and facilitate internal communication. “When I found Falcony, I liked that it seemed very simple and customisable. I made contact and found that Falcony's platform ticked all the boxes; clean, customisable and well designed. Cloud based is also a big plus.”

Due to the subscription model that Falcony's platform is based on it was an easy decision for Mr. Adams to go with Falcony. “We could start small and expand from there. No upfront investment needed. I knew early on that I was going to give it a go,” recalls Mr. Adams about the decision process. “I told the board what the cost per year was; they were happy.”

HFP Medical set up a few templates in Falcony and started with a small number of staff as users in March 2019. “It was possible to just get going and make new iterations according to our needs,” says Mr Adams. They have since then expanded the usage to every clinical staff member across their five surgeries.

One of the main draws of Falcony was the simplicity and customisation possibilities. The user friendliness of the platform means that users find their solutions intuitively, and that the entire reporting process is quick and easy. “The simplicity is paramount, because if it is too complicated users will just disengage and we end up not having anything reported,” says Mr Adams. The admins are able to set up the reporting forms however they wish, making it possible to emphasise speed and simplicity.  “We wanted to view incidents less as errors or accidents, and more as opportunities to learn and improve. So this was a cultural shift. The result has been that users are reporting even the minor stuff, not just the big events that have to be discussed,” says Mr Adams regarding some of the initial changes that the adoption of Falcony brought about.

Mr Adams set out to streamline HFP Medical’s incident reporting system in order to gather information for process improvement. With the shift of focus from documenting only what had to be documented, to collecting learning events, they have had an increase in entries logged. “Because it is so quick and easy to make an entry, we have had a steady increase in entries made. It is much easier for people to report something,” explains Mr Adams.

Gathering rich data is also useful for spotting trends, some of which may only be apparent when viewing from a bird’s view. “One of the benefits has become apparent only recently – I looked for patterns and was able to see the biggest categories for errors. Now that we know of them, we know how to mitigate and counter these issues,” says Mr Adams regarding the benefits the platform offers. “We’re in the people-business, and this has helped facilitate conversations. We need to talk about what is going well for us and what is not, Falcony has been useful for that.”

Due to the particular nature of the healthcare industry in the UK and working in the NHS, HFP Medical has not been able to link their use of the platform to any direct increases in revenue or growth. However, having a tool like Falcony makes their business scalable. With a cloud based, centralised system for internal communication and reporting, they have removed many of the challenges that come with being scattered across multiple locations. “It is easier now to discuss learning events that have happened during our weekly clinical meetings. At one practice they pull up Falcony on the big screen and go through it. They discuss what is there, and if anyone has got something to add they literally type it in to the platform then and there,” laughs Mr Adams.

Falcony has made the business more scalable and increased the number of observations reported to HFP Medical, which in turn has led to higher quality data to learn from. By analysing the trends found in their observations, they have also identified some key areas that require further attention, with the aim of making the business safer and better.

“Before Falcony, there tended to be a focus on the big things that could go wrong, so attention was disproportionately given to potentially life-threatening situations, which are quite rare. Big things that have gone massively wrong. In focusing on this, we were missing out on the details surrounding small things, where no harm has actually happened, but if we review it and change the underlying process, we make the service better and safer. Falcony has helped capture all the learning." 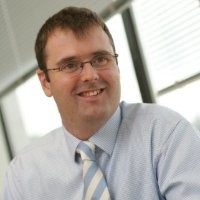 HFP Medical
Back to Customers